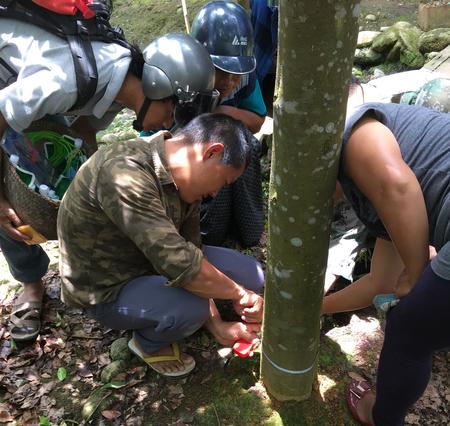 As luck would have it, although we understood the natural process involved in the creation of wild agar wood, it took considerable time and research to come up with the magic juice to make it happen artificially. For years in Myanmar all sorts of people have been selling one damned thing or another claiming to inoculate trees to induce agar wood formation. As previously noted, the poor results and high costs were very off-putting for most planters.

In late 2017 we confirmed that our evidence-based approach to development of an effective inoculant had finally paid off and that we had something that was both potent and safe for trees and animals.  It was through our relationship with China Academy of Medical Sciences' Institute for Medical Plant Development (IMPLAD) that we received training and mentorship on the actual mechanics of the process of inoculation. Man-o-man, did we ever realize that without IMPLAD we would have been running blind.  In late May of 2018 the IMPLAD sent a team of inoculation ninjas to teach us how to do things right, systematically, and also to collect the data that drives the traceability chain. 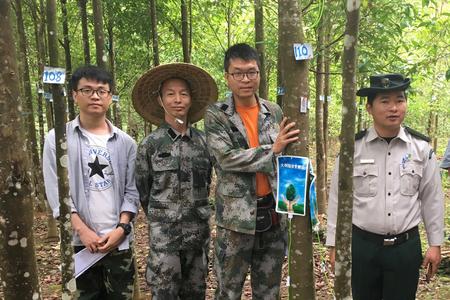 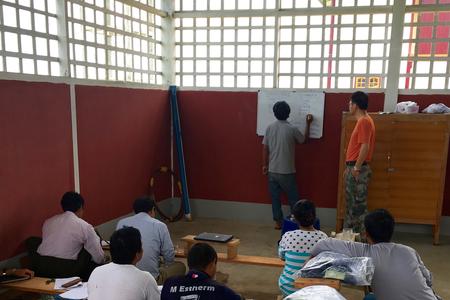 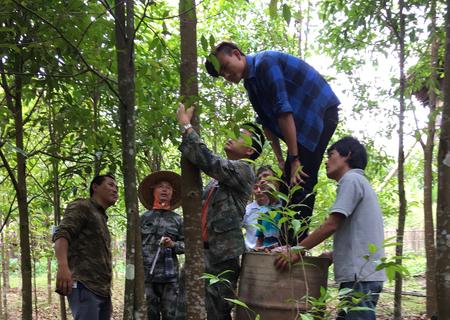 Everyone had to scrub up on rusty math skills. Nothing like forgetting how to derive diameter from circumference, then finding radius... 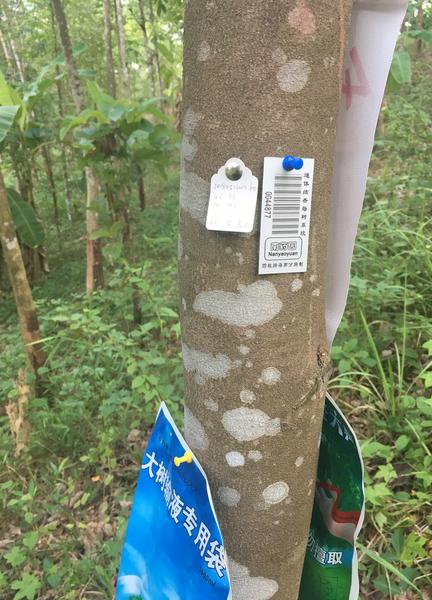 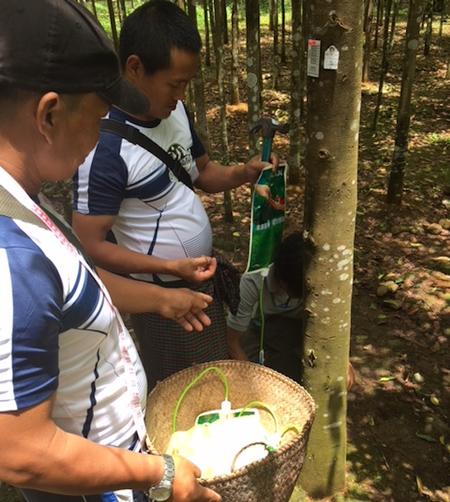